Eventually Metternich had assembled a team totalling 14 academics, researchers, doctors, and painters. At the request of the Bavarian king, Max Joseph I, the expedition was to be accompanied for a while by the botanist Philipp Friedrich von Martius (1794-1868) and the zoologist Johann B. von Spix (1781-1826), a member of the Academy and Conservator of the zoological collection in Munich. The Grand Duke Ferdinand von Toscana even delegated the naturalist Joseph Raddi (1770-1829), at that time working at the Natural History Museum in Florence, to go on the trip.

Together with von Schreibers, Metternich suggested Johann Natterer as the scientific leader in the field. Since 1806 Natterer had been working in the Naturalien-Cabinet, initially as a visiting researcher (until 1808), and thereafter as an unpaid member of staff. From the end of 1809 he received 300 florins per year. He had already won recognition from Director von Schreibers for his work capturing marsh and aquatic birds from the Neusiedlersee and the Plattensee for the imperial collection. He had collected in Croatia, Hungary, and Styria, and along the Adriatic coast.

In 1808 he was commissioned to take charge of a consignment of natural and archaeological items that had arrived in Trieste from Egypt, and accompany it to Vienna. On his own initiative – and mainly in his spare time – he collected fishes and intestinal worms, the latter for his director, who was a learned doctor who had very early in his career established a collection relating to the worm diseases common in those days.

Moreover the Emperor himself had personally awarded Natterer a certificate of commendation for this work, and granted him permission to work in the Naturalien-Cabinet without remuneration (this was, of course, a signal honour…).

As well as making several trips to Italy – to Calabria – for the Emperor, usually to bring back creatures arrived from overseas or to make collections himself, he gave private tuition in English, Italian, and French. He was also involved in the original repatriation of valuable items belonging to the Naturalien-Cabinet from Ofen (Budapest) in 1806.

When Napoleon marched in during 1805 everything had been evacuated as it was well known that the French plundered collections. Napoleon always ensured that scientists accompanied the rearguard of his army, and during the Egyptian campaign this led to important discoveries such as the famous Rosetta Stone.

There were two evacuations and repatriations, in 1809 and 1813, in which Natterer played a significant part. In 1815, on the order of his Emperor, he travelled with von Schreibers to Paris in order to organise the return to the Vienna Münz- und Antikencabinet of the art treasures, libraries, and other items that had been spirited away from Austria by Napoleon in 1809. 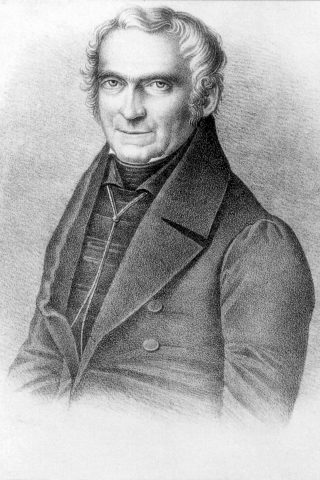 Natterer’s involvement with the collections during the “French years” and repatriations was one reason why in 1816 he was promoted to “supervisory assistant” in the Naturalien-Cabinet, and ultimately was appointed scientific leader of the Brazil expedition in the field. Even so, shortly before the departure of the expedition there was a dispute, as there were moves to replace him with a certain naturalist from Prague, Doctor Johann Christian Mikan k.k. (of the Cabinet of Natural Objects), a professor of botany, a suggestion he opposed vigorously. In the end the expedition party was split into two groups, with each of them leading one part. Both groups had to follow the direct instructions of their respective leader, and in every case consult him with regard to suggestions for excursions and collections to be made…