My love for blennies local to the Bay stemmed from two events, when I caught and kept my first Chesapeake Bay blenny, Hypsoblennius hentz (feather blenny) while I was in college, along with a visit to the Calvert Marine Museum years ago where I saw my first oyster reef aquarium full blennies. 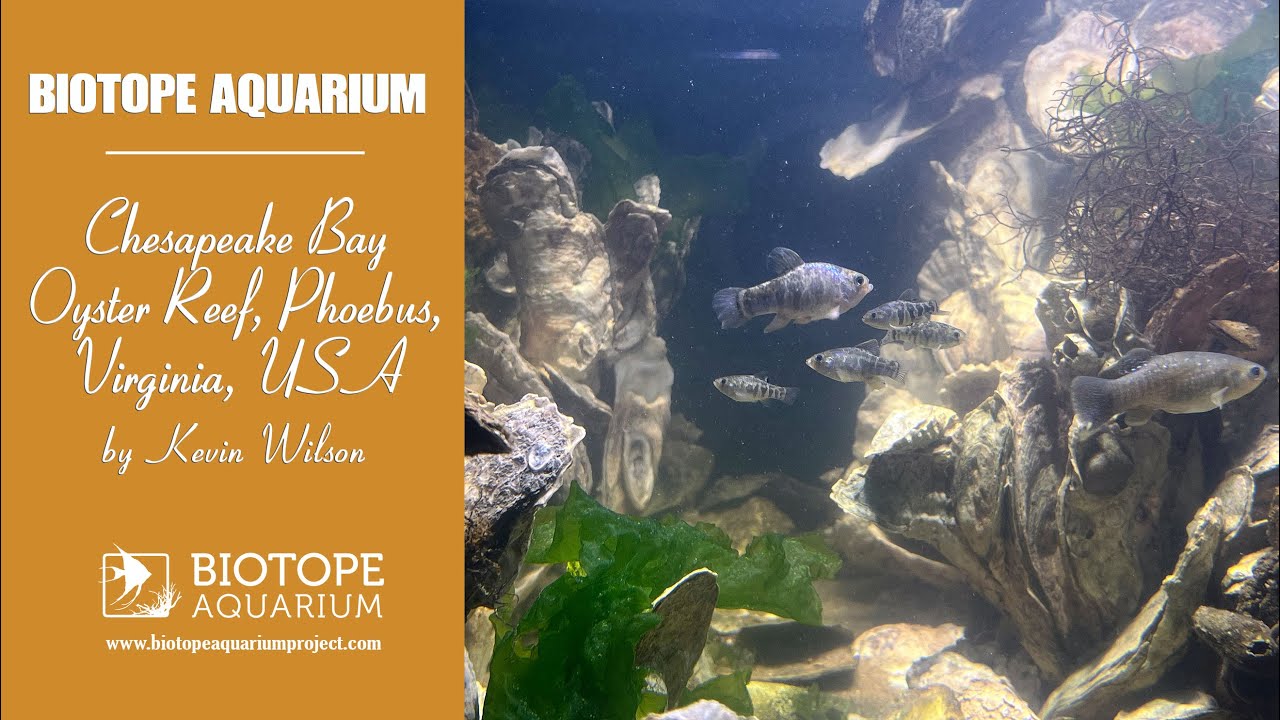 Hardscape: My oyster reef replica was created by gluing matched oyster shells to each other to form clusters of oysters (cultches). This was a very tedious process.

First, I gathered and collected over a thousand discarded shucked oyster shells from restaurants and fish collecting sites. Each oyster is different, like a fingerprint. Oyster shells have right and left halves, with the rounded left half as the “bottom” of the oyster, the part that attaches to a piece of structure, and the flat right half being the “top” of the oyster.

I sorted the shells by right and left halves, and then matched them up one at a time and rubber banded the matched oysters together. About 30 percent of the oysters that I gathered were matched pairs. I glued most of them directly fully together using Gorilla Glue.

In the bibliography, I cite a study about the preference of oyster shell gaps for breeding locations of various blenny species, including Chasmodes bosquianus, an inhabitant of this tank, which, for this species was about a half inch (or 1.27cm). Based on this study, I created a bunch of matched oyster shells with these exact size gaps to maximize the number of hiding and breeding locations for these blennies.

Gobies prefer slightly smaller gaps, so I created some of those as well. Skilletfish are not very picky. I created the blenny gapped oysters by using a wooden clothes pin as a spacer at the posterior end of the shell, and heavily glued the anterior end of the shell, and applied a thick rubber band until they dried. For the gobies, I used a plastic shim to achieve their preferred gap. The four largest clusters were created using PVC frames, where I drilled holes in half oyster shells and zip tied them to the frame for support, and then fitted and glued individually matched oysters together to form the cluster, almost like putting a puzzle together to achieve the most realistic result. I also glued a piece of ceramic tile to each cluster to form a flat base so crabs and burrowing animals could not cause the structure to collapse. The smaller clusters were only constructed initially of half oyster shells, then ultimately with matched shells glued together for natural effect.

Oyster spat (larval oysters that attach to a hard structure) will attach and grow in any random pattern, but generally with the posterior end of the shell facing open water to allow for maximum filtration. This concept was the basis for the way that I glued the individual clusters of oysters together that eventually became the reef.

I strategically placed gapped breeding type oyster shells on the clusters to maximize viewing angles and keep distances enough apart to reduce male blenny aggression. I built the clusters into the reef like puzzle pieces that fit together in form to match the area of the tank bottom, and to maximize realism by reducing holes between the structures, to give the appearance that the clusters are large structures and not always individual units.

I also tried to create overhangs to provide cover for fish and visual appeal I also arranged the individual oyster shells in such a way as to maximize hiding places and escape routes, which also reduces aggression between male blennies that defend their oyster shells and compete with each other for breeding females. All of the oysters used were collected locally to the Chesapeake Bay. I also matched and glued some mussel and other shells that I collected from the Bay and attached them to the reef.

For a finishing touch, around the base of each cluster, I glued fossil shells, fossil barnacles, and fossil rock, all from the Miocene, in various places to increase realism, as many oyster reefs are formed on fossil hard bottom layers in the Bay. These fossils were all collected along the Chesapeake Bay.

Substrate: Sand and shell rubble collected from the Chesapeake Bay.

Aquatic vegetation: I used what I could collect locally primarily macroalgae to match as much as possible the BIN. I did not add red beard sponge as it does not do well in aquaria and could cause a problem when it dies off.

The more important part of the biotope in my opinion are the livestock. The combination of fish and invertebrates really make for an entertaining and beautiful tank. But the showcase fish of this biotope is Chasmodes bosquianus (the striped blenny). They’re intelligent, fascinating, and humorous creatures with a ton of personality. They are the inspiration for all of this work. I wrote an article about them in the North American Native Fishes Association (NANFA) publication, American Currents. If you wish to learn more about these fish and their cousins in the same Genus, the article is free to the public to view or download.

Filtration is achieved by draining the tank using an internal overflow, plumbed Bean Animal style with three drains (one primary drain, one backup drain, and one emergency drain), that drains into a 151 liter sump on the other side of the wall in my basement. I created a DIY filter media box out of egg crate material, using lava rock and ceramic cylinders in mesh bags for maximum beneficial bacterial growth. On top of that structure, the drain feeds a DIY box for sponge pads for mechanical filtration. All this is in the right most compartment of the sump, which then drains into the middle compartment of the sump through air baffle walls, where the filtered water returns to the tank pumped by a Sicce Syncra Silent internal pump. Water is also pumped to the left most compartment, a large refugium that supports a growth of Ulva macroalgae to maximize nutrient uptake, which drains slowly by gravity back into the middle compartment, and some water from that line feeds back to the middle compartment to maximize oxygenation and eliminate stagnant water in the middle section.

Lighting: the tank is lit via a Radion XR30 Pro Gen 4 LED light to maximize plant growth and bring out the colors of the fish and aquascape, and to simulate sunrise and sunset. The sump refugium is lit by a shop light with a strong LED plant grow light bulb.

All of the fish collected come from the Chesapeake Bay, and potentially could bring parasites and diseases to the tank. Therefore, I quarantine all collected fish for two weeks using copper (Cuprimine) at the recommended therapeutic level, followed by another week of quarantine treatment for flukes with Prazipro before releasing fish to the Display Tank.

I feed heavily and have a large bioload, but the macroalgae should provide enough nutrient absorption to keep nitrate levels down. I feed my fish Vibra Bites daily so that when I go on vacation, I can use automatic feeders to keep them fed and happy. I feed frozen foods daily (mysis shrimp, brine shrimp, bloodworms, chopped clams, or Rod’s Food for Predators). I vary the combinations of frozen foods so they have a balanced diet. The sheepshead minnows and mummichogs will nip at the Ulva, so it’s a good food source for them. Also, I raise live blackworms and feed them once per week to keep their immune systems strong and healthy.

My favorite fish of all time inspired me to build this biotope, and I’ve gained a huge appreciation of the oyster reef ecosystem as a result of the research over the years since I started this project in 2007. This set up is new, but has been in the works for a long time. Prior to that, to appease my love for these fish and the biotope, I kept a 20 gallon (76 liter) oyster reef biotope aquarium. So, I know that my methods provide a healthy productive environment for all of the fauna that I’ve kept. I’d love to add certain species, but doing so would upset the balance that I’ve achieved with this combination of species. My point is that even though this is a new build, I jump started it by moving almost everything from the old display tank to this one to seed the biological filtration, along with adding bottled bacteria, to keep these fish healthy and happy. There are species of worms and such that I did not list that provide an additional natural food source for the fish, such as the common clam worm (a bristle worm), amphipods and copepods. In this new system, with the refugium, these creatures should thrive and provide a sustainable food source.

I grow macroalgae in my sump refugium using a strong LED plant grow light. The macroalgae in my display tank receives light from the Radion that is very strong, so growth should be new. Since this set up is rather new, I won’t know for sure what else I’ll need. I have a CO2 system that I could add, or perhaps dose ammonia if needed. Ulva did not do well in my previous versions of this biotope because of inadequate lighting, so I think that I’ve addressed this issue with this build.

I perform 20% water changes monthly and add bottled bacteria each time for nutrient control, but if I notice any sign of trouble, I may do an emergency water change. I clean mechanical filter media weekly, clean the acrylic viewing panes weekly with Magic Eraser style pads, and use a water polishing filter every two weeks or so. If I see signs of fish illness, I trap them and move them to quarantine tanks, and treat them with the appropriate medication. I test for ammonia, nitrite, pH and nitrate monthly. For my QT tanks, I test for copper levels every three or four days when treating with copper to make sure treatment is at the therapeutic level. I test salinity before and after each water change and keep it between 1.016-1.018 ppt (these fish tolerate more drastic salinity changes in nature one a regular basis).

Fritz Rohde: Maintining a brackish aquarium is difficult but the creator of this biotope has done a fantastic job. Lots of work went into creating it. The fishes are “happy” and I enjoyed watching the Naked Goby jousting. He also covered the elements well in the BIN section.

Lawrence Kent: This aquarist undertook a very difficult challenge and succeeded wonderfully. The tank is unique (only brackish water entry in North America), the oysters are carefully arranged to recreate nature (creating many microhabitats for the fish based on gap preferences!) and the fish species are unusual in aquaria. They display fascinating behaviors that are well captured in the video. The video footage of the bay itself is instructive and helpful. The amount of effort and dedication invested in this project is amazing. All entries were excellent; this one was exceptional and the very best! 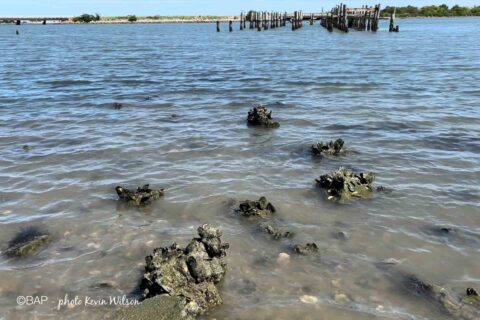 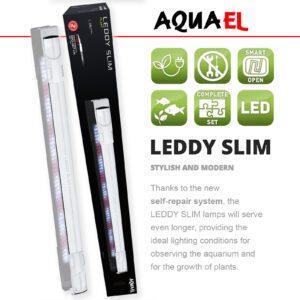 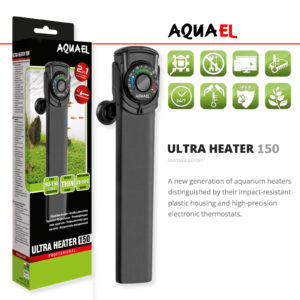 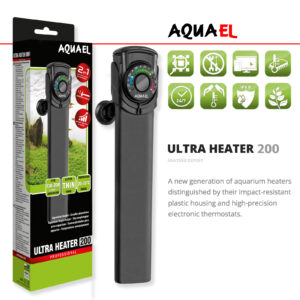 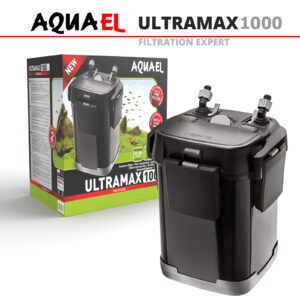 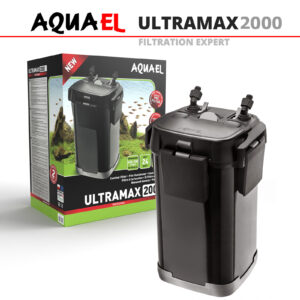