The habitat I want to describe is of Periyar River, which is the longest river and the river with the largest discharge potential in the Indian state of Kerala. It is one of the few perennial rivers in the region and provides drinking water for several major towns. The Periyar is of outmost significance to the economy of Kerala.

It is an important destination for tourism. The banks are rich with coconut trees and moreover it has the National Park of which the Tiger Reserve Project is an important landmark. Forests are growing on white sands and soil, the Periyar is silty with river basin sands. The river bed is full of algae and coconut leaves. 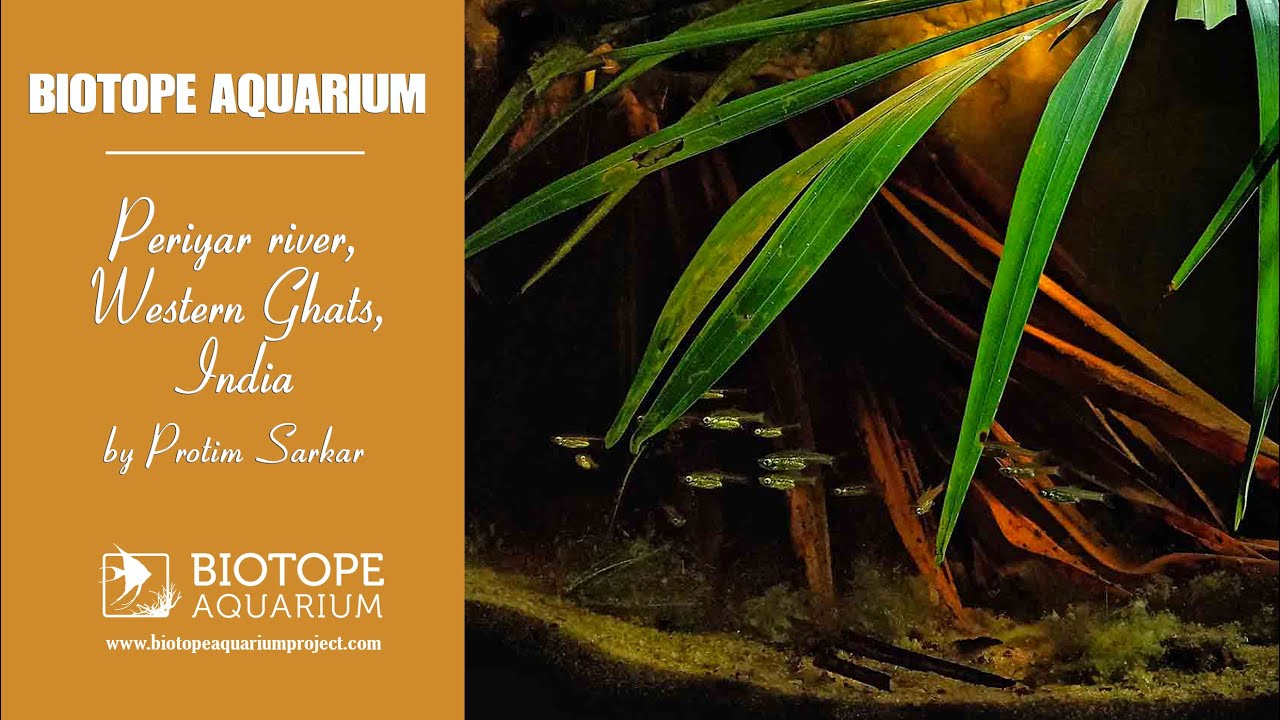 The river Periyar, the longest river of the state is considered to be the life line of Central Kerala. Periyar originates in the ‘Sivagiri’ group of hills in ‘Sundara Malai’ at an elevation of about 1830m. After about 48Km it receives the Mullayar and then turns west to flow into the Periyar lake at Thekkady.

The renowned Periyar Wildlife Sanctuary, famous especially for elephants and tigers is situated there. From there it flows on and passes Vandiperiyar and after receiving River Perumthurai and River Kattappana, reaches the Idukki catchment. Afterwards, Idamalayar joins Periyar near Neriamangalam. After Neriamangalam the river flows into the Periyar Barrage and then on to the Bhoothathankettu dam. The river then meanders through Malayattoor, Kalady and Alwaye. At Alwaye, the river bifurcates into the Mangalapuzha branch and the Marthanadavarma branch. The former joins river Chalakudy and finally drains into the Lakshadweep Sea and the latter bisects the industrial belt at Eloor before discharging into the backwaters adjoining the Arabian Sea.

About 35% of the area of Periyar basin is forests. But some of these areas have already been cleared for various developmental activities. In the highland region, the major human activities are connected with plantation, hydroelectric projects and new settlements and building activities in the Idukki district. While the plantation in the very high reaches such as Udumpenchola, Peerumedu and Devikulam are cardamom, tea and pepper, the foothills are cultivated with rubber, coconut and pepper.

The midland belt has mainly paddy, coconut and plantains. The irrigation projects of the basin are intended to cater to the requirements of mainly the midland crops. The waste lands cover only 5-8% of the total basin area. These are situated in the highest peaks or the coastal saline belts in the low land. The major industries and settlements are in the lower reaches, especially in the Alwaye, Ernakulam belt. There are a number of islands in the lower reaches of the basin.

The mountain ranges where Periyar originates and the serene beautiful lakes reflecting the nature around along with forest abounding in attractive wild life are all perennial attractions to the tourists. The Thekkady lake with boating facilities, the Bhoothathan reservoir and beautiful wild life sanctuary adjascent to it attracts nature lovers and tourists from all over the world. The famous Malayattoor church, the birth place of Adisankara (Kalady), Thattekad bird sanctuary, Sivarathri Manalpuram (Alwaye), the Queen of Arabian Sea (Kochi) etc are all spots of natural beauty along the banks of Periyar.

The underwater landscape of Periyar is quite interesting. It is full of river basin sands with algae covered. Coconut leaves fallen on the river bed, which acts as a breeding ground for many fishes. Some parts are full of rocks covered with algae. Tannins are present in water due to coconut leaves.

Lower reaches of Periyar was well known for easy availability of various types of tasty fishes like Pearlspot, Palankanni, Kanambu, Thirutha, Koori etc. Along with a variety of shell fishes which includes crab, prawn, konchu and so on.

However, this has become an old story due to the severe impact of pollution from different sources which already inflicted large scale damage to aquatic life in this water body Angamaly to Kochi is the most industrialized zone of the Periyar river basin. There are over 50 large and medium industries and over 2500 small scale industries in this region. The southern branch of Marthandapuzha which cater to the needs of these industries is estimated to have a lean water flow of 8200 cum/sec which the monsoon flow is calculated as 150-250 cum/sec. The industries located in Edayar – Eloor atea consumes about 189343 cum per day water from the day and discharge about 75% as used water along with large quantity of effluents and pollutants.

The systematic deforestation in the High Ranges of Idukki district which is a principal catchment of Periyar, began in 1870s when timber extraction started on a large scale on the hill tracts of Western Ghats. Extensive conversion of forests into tea estates in the last decade of 19th centuary added to it. A labyrinth of roads increased deforestation. The formation of cardamom hill reserve area in Udumbenchola taluk in 1897 led to worsening of the situation. According to the estimates of forest department some 10000 trees fell in 1989-90 alone because of soil erosion caused by undergrowth removal from 10sqKm of the Munnar forest division. Whatever forest cover has remained is now under tremendous pressure from encroachments. The settlements within the forested areas keep expanding.

The forest department has not yet conducted a comprehensive survey to ascertain the forest boundaries conclusively and this deficiency is often exploited by encroachers . The indiscriminate sand mining from the river basin of Periyar cause serious and far reaching repercussions like destruction of ecological niche and habitat of various biotic forms, stagnation and trapping of saline water in the regions of mining due to artificial deepening of river basin, interferences in he free flow of water etc.

The river directly receives civic effluents from townships like Vandiperiyar, Upputhara,Cheruthony, Munnar, Malayattoor, Kalady, Perumbavoor, Neriamangalam, Aluva and Parur. None of these local bodies possess proper sewage treatment facility. In the case of Cochin corporation sewage treatment system is inadequate and the untreated organic and inorganic refuse is being discharged into the backwaters.

The upper reaches of the basin is utilized for plantation crops like tea, coffee, cardamom and rubber.
This intensive agricultural practice all along the banks and watershed area has been enriching the river water with huge amounts of pesticides and fertilizers especially during surface run off in the rainy season. Besides, loosening of surface soil and removal of vegetation from catchment area generates problems related to soil erosion and siltation.

Industrial pollution poise the most serious threat to the riverine ecosystem in lower reaches of Periyar ie aout 15 Kms upstream from the backwaters of Cochin, where a cluster of small and big industries are operating.

Friedrich Bitter: The information on the natural water body is extensive, diverse and more than sufficient as an overview. What I would have liked perhaps, would be a small addition about the habitat of Horadandia brittani. 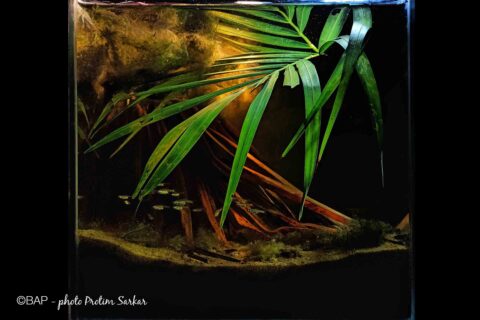 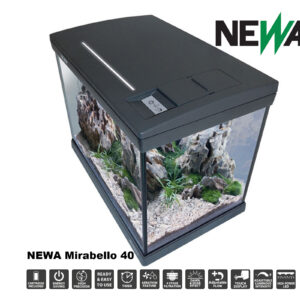 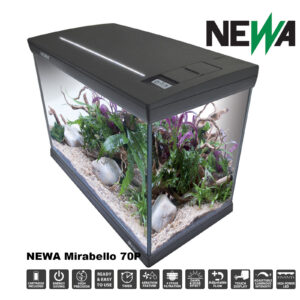 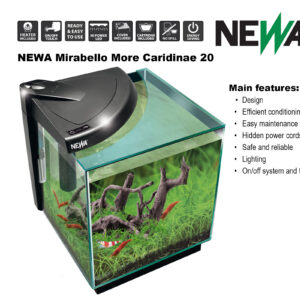