The Paraná River (Spanish: Río Paraná, Portuguese: Rio Paraná, Guarani: Ysyry Parana) is a river in South America, flowing through Brazil, Paraguay, and Argentina for about 4,880 kilometres. Among South American rivers, it is second in length only to the Amazon River. The name Paraná is an abbreviation of the phrase “para rehe onáva”, which comes from the Tupi language and means “like the sea”, that is “as big as the sea”. It merges first with the Paraguay River and then, farther downstream, with the Uruguay River to form Río de la Plata. Then, it empties into the Atlantic Ocean.

The first European to go up the Paraná River was the Venetian explorer Sebastian Cabot, in 1526, while working for Spain.

The Paraná River is a river in South America, the second longest after the Amazon River, rising on the plateau of southeast-central Brazil and flowing generally south to the point where, after a course of 3,032 miles (4,880 km), it joins the Uruguay River to form the extensive Río de la Plata, estuary of the Atlantic Ocean.

The Paraná River’s drainage basin, with an area of about 1,081,000 square miles (2,800,000 square km), includes the greater part of southeastern Brazil, Paraguay, southeastern Bolivia, and northern Argentina. From its origin at the confluence of the Grande and Paranaíba rivers to its junction with the Paraguay River, the river is known as the Alto (Upper) Paraná. This upper course has three important tributaries, namely the Tietê, the Paranapanema, and the Iguaçu, all three having their sources near the Atlantic coast in southeastern Brazil. The Alto Paraná’s passage through the mountains was formerly marked by the Guaíra Falls; this series of massive waterfalls was completely submerged in the early 1980s by the reservoir of the newly built Itaipú dam complex, which spans the Alto Paraná.

From its confluence with the Iguaçu River to its junction with the Paraguay River, the Alto Paraná continues marking the border between Paraguay and Argentina. When it is joined by the Paraguay, it becomes the Lower Paraná and starts to flow only through Argentine territory. Near Santa Fé, the Lower Paraná receives its last considerable tributary, the Salado River. Between Santa Fé and Rosario the delta of the Paraná begins to form, being 11 miles (18 km) wide at its upper end and roughly 40 miles (65 km) wide at its lower end. Within the delta the river divides again and again into distributary branches, the most important being the last two channels formed, the Paraná Guazú and the Paraná de las Palmas. The volume of the lower Paraná River is dependent on the amount of water that it receives from the Paraguay River, which provides about 25 percent of the total; the Paraná’s annual average discharge is 610,700 cubic feet per second (17,293 cubic metres per second). The basin of the Alto Paraná has a hot and humid climate year round, with dry winters and rainy summers.

The climate of the middle and lower basins ranges from subtropical in the north to temperate humid in the south, with less plentiful rainfall. The Alto Paraná has two zones of vegetation, forests to the east and savanna to the west. Forests continue along the Paraná downstream to Corrientes, where the savanna begins to dominate both banks. The Paraná River has a rich and varied animal life that includes many species of edible fish. Much of the Paraná basin is economically unexploited. The main dam of the huge Itaipú project on the Paraná River was completed in 1982 and had a power generating capacity of 12,600 megawatts. The Yacyretá Dam on the lower Paraná River began operation in 1994. The lower river is a transport route for agricultural products, manufactured goods, and petroleum products, and its waters are used for irrigation of the adjacent farmlands.

The underwater landscape is made up of a sandy bottom, in which we can see volcanic rocks of different sizes. The predominant substrate is sand. You can see how the fish look for food by stirring the sand. Trunks and branches are also present, due to the floods when the river takes them. The depth in this part is approximately 60 cm, and the water is very calm. As for aquatic plants, we can find floating plants such as: Pistia stratiotes, Eichhornia crassipes, Salvinia biloba, we also find Nymphoides indica. The aquatic fauna of the Paraná River is very wide, in its coasts we find cichlids like Geophagus sveni, Gymnogeophagus balzanii, Bujurquina vittata, also varieties of tetras such as Hyphessobrycon eques, Moenkhausia dichroura. Bottom fishes are Ancistrus sp. Paraná, Corydoras paleatus and Corydoras polystictus. Invertebrates are Palaemonetes argentinus.

The main ecological threat in this area are dams, mainly affecting the flow of water and the free movement of fish. By increasing the flow of water (above the Yacyreta dam), the river gains ground causing large erosions, as well as flooding where water would not arrive if it were not influenced by a dam. The population growth is also affected by more waste in the river. This is due to the lack of environmental education and lack of awareness of the politicians that regulate these issues. It affects in the irreversibe way.

As in almost all countries of the world, in Paraguay there is a stark contrast between culture and nature. Not so long ago, the systematic deforestation and slash-and-burn of the jungle began. Today, the largest area of the country is used for agriculture and there are almost no pristine jungles and other natural landscapes. For some years, however, even the government of the country has recognized that it is important to protect the remaining areas and to create “new primeval landscapes”. The nature reserves distributed throughout the country are a first step in the right direction.

Francesco Denitto: Exhaustive description of the natural habitat although the participant didn’t submit any video and published just a panoramic photo of the river.

Donald C. Taphorn: It’s a very nice juvenile specimen of this piranha, but for a biotope competition, you need more than just one species in my opinion. You could have included more info and photos of the other fishes that live with the piranha in this place. 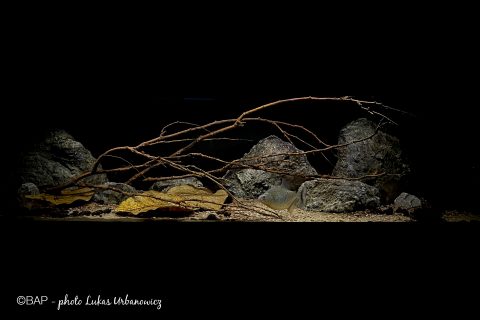 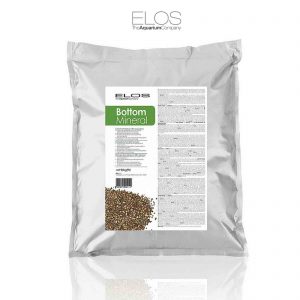 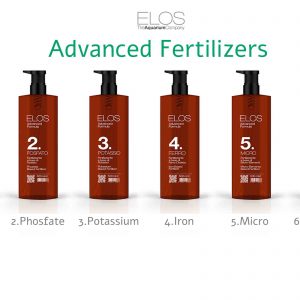 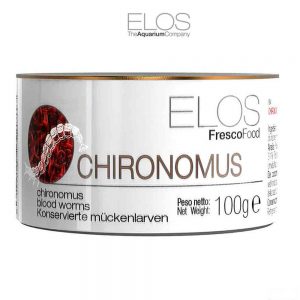 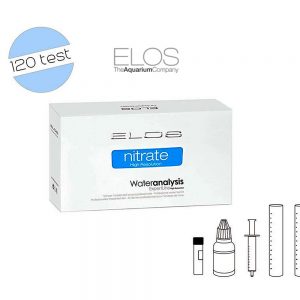 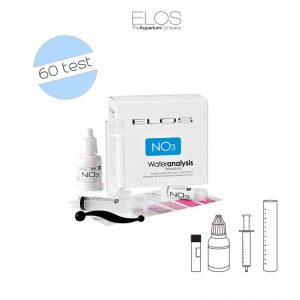 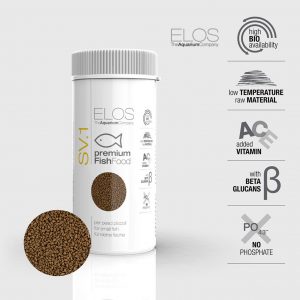 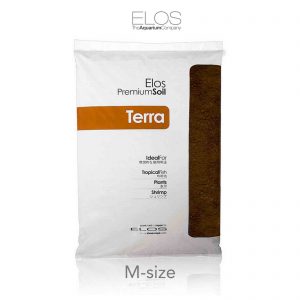 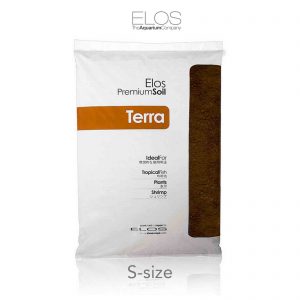 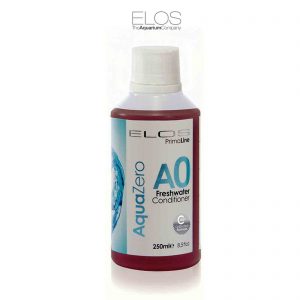 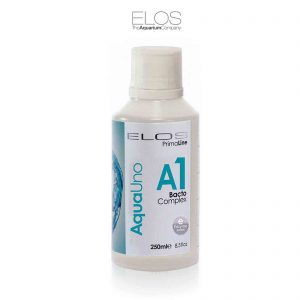 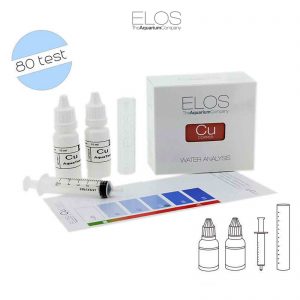 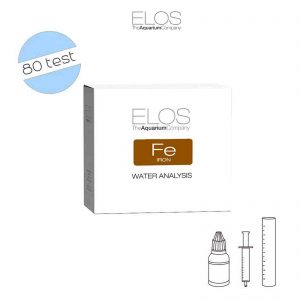 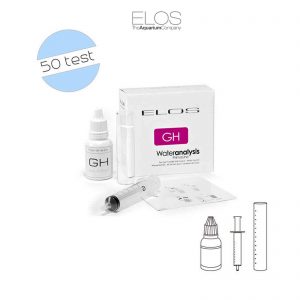 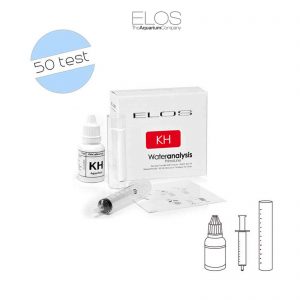 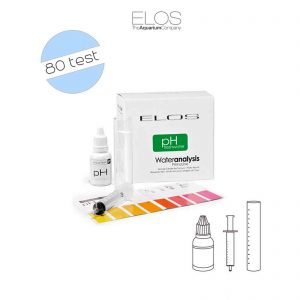 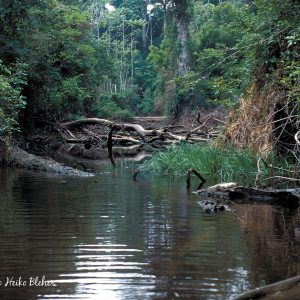 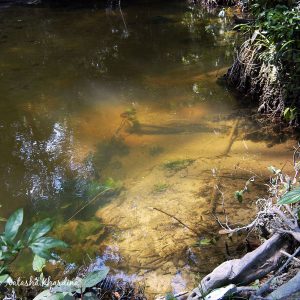 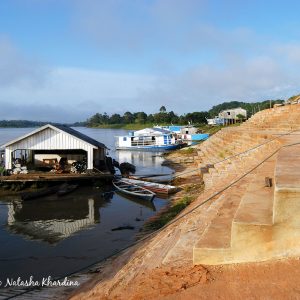 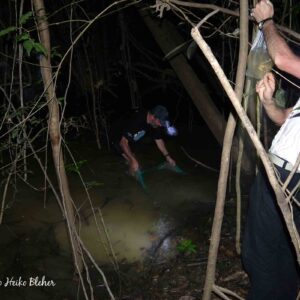 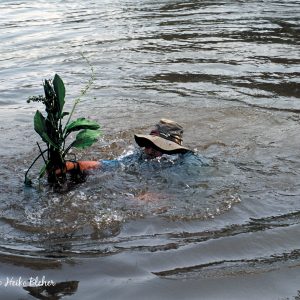