In Flooded savannas some debris typical of Morichales habitat and surrounding riparian forest are hold back by plants. Water is clear, and less acidic, due to the high rainwater seasonal precipitation. Although the low nutrient content of water, its moderate water replacement allow even to high demanding plants to grow (such as Eichhornia azurea, Eichhornia diversifolia and Ludwigia inclinata).

Rams are normally found in deep water not more than 60cm, normally about 30cm, in areas with no shade. The habitat present both free swimming and fully covered areas by vegetation that shield from the current and provide shelter. Organisms on organic sediments constitute main part of their diet. 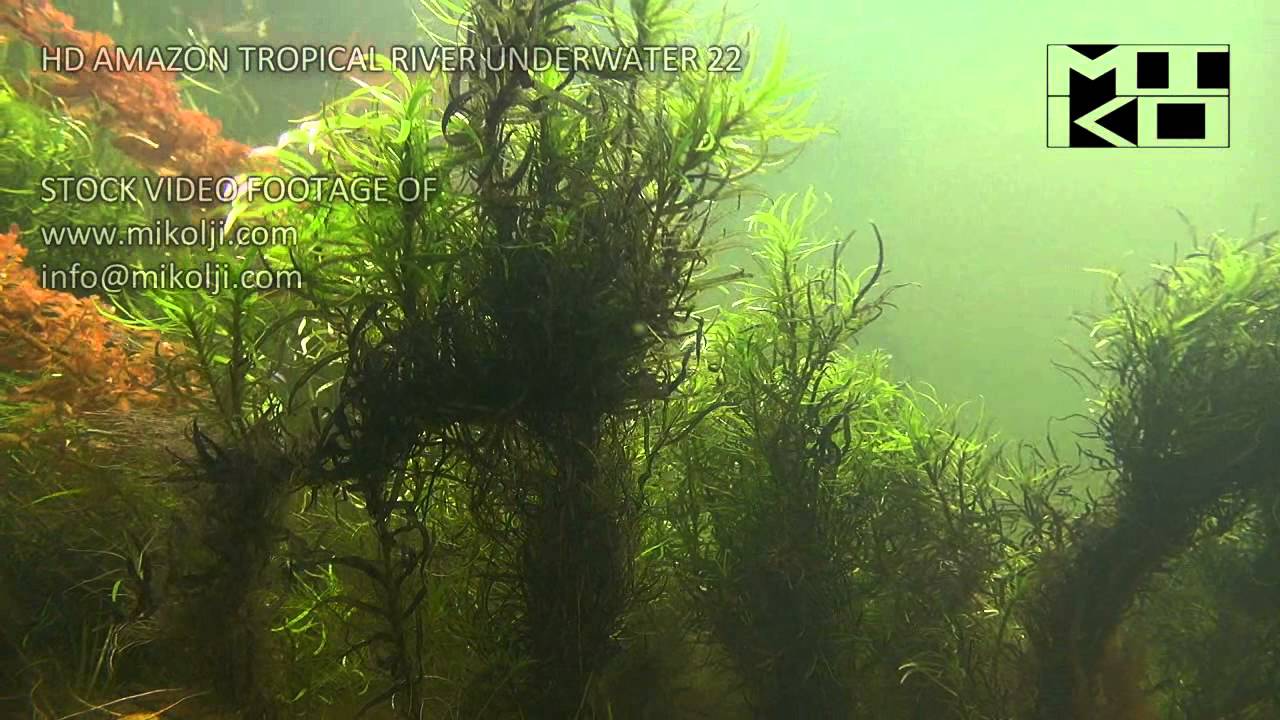 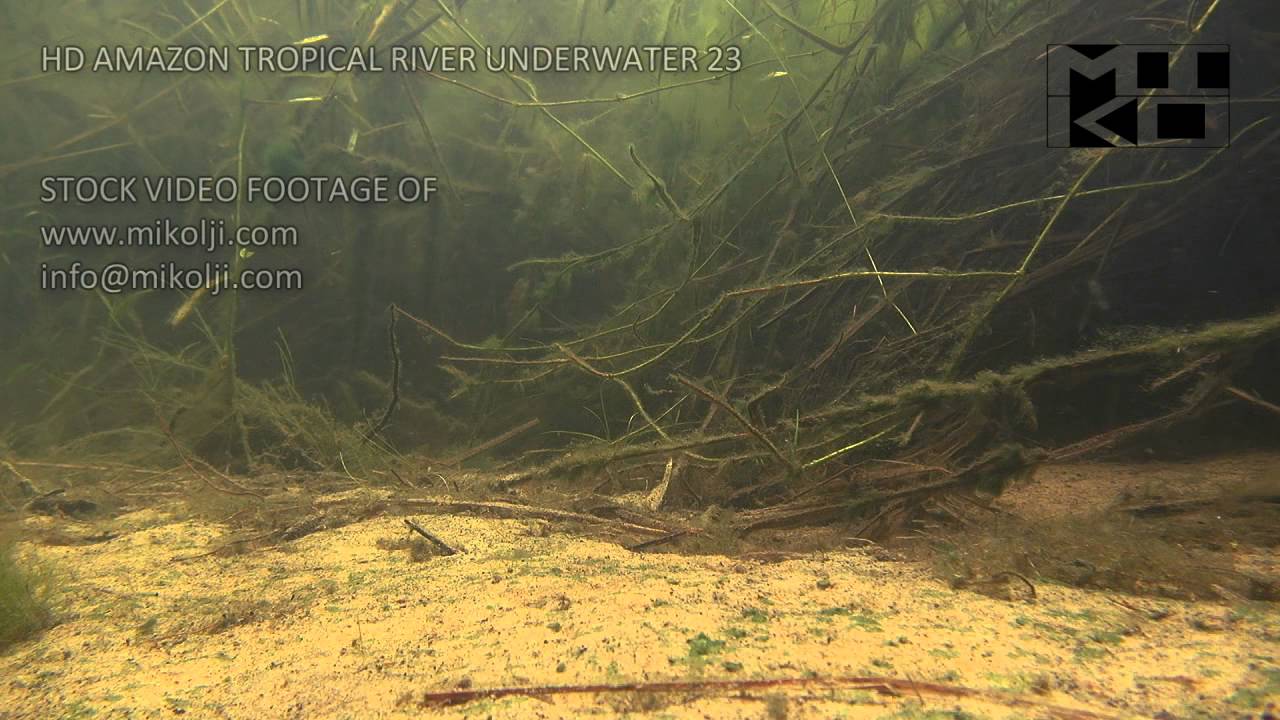 The Capanaparo River is located in Colombia and western Venezuela and is a moderatly black water, tributary of the lower Orinoco basin. It born in in the Arauca department of Colombia a few kilometers from the border with Venezuela. Its extension is 650 kilometers of total navigable area, of which approximately 225 are in Colombia.

Its waters cross the flooded plains in Apure state and the National Park Santos Luzardo (Capanaparo-Cinaruco National Park), then feeds the waters of the Orinoco River. These lands are characterized by the presence of swamps, estuaries and morichales. Around the river we can see an extensive forest of approximately one hundred meters where many animals lives.

The Capanaparo River has a great variety of species, including threatened species like caiman (Crocodylus intermedius), turtle (Podocnemis unifilis) and river dolphin (Inia geoffrensis). On its banks is located the population of La Macanilla, originally an indigenous community.

During the dry season, the river attracts a lot to tourism since it is allowed to practice sport fishing (mostly Cichla orinocensis fish, which here are protected by law and it has helped them from being overfished) and camping on its extensive beaches where you can see sunbathing caimans. During rainy season, in the middle of the river, extensive field of dunes and lagoons are formed.

Most of the Capanaparo river basin, like other lower Orinoco basin tributaries (Apure), is located in a vast seasonal alluvial plain called the llanos, which represents a highly productive ecosystem cover for the vast savanna vegetation.

The population density in the llanos is relatively low and the area is essentially rural. Overall, human influence is not extensive in the basin and the relationship between the river and its floodplain are principally natural.

The hydrological cycle in the river is accompanied by major changes in the dissolved element concentrations. The temporal variability of these variables is controlled by the changes in the flow values, suggesting that a strong diluition effect is produced during the wet season. The annual hydrological regime basically regulates regional and local diversity and abundance patterns. Two hydrological periods are characteristic of the region. Water chemistry varied little between lentic lagoon and lotic channel habitats.

For most of the fish species that live in Venezuela’s low llanos, the habitat they occupy is not a closed system. On the contrary, from a biological point of view, their habitats are intimately connected to the waterways of the Andean Piedmont, and together they form a single large aquatic ecosystem.

The river presents an area of riparian forest with open savannas and associations of morichito palm (Mauritiella aculeata, Arecaceae), with the presence of permanent water (Morichales habitats). These habitats maintain an effective connection with the main channel of the river throughout the year.

A rainy period (May-October) in which the riparian forests are flooded and the organisms are dispersed in the flooded savannas where they take refuge and fulfill reproductive and feeding activities. The floods are therefore accompanied by a rapid increase in both the number of specimens and species that migrate over long distances to the flooded savannas.

Dense stands of vegetated patches may be essential for survival and maintenance of populations of prey taxa that need to avoid predators, especially during the dry season when predator densities increase. Submerged vegetation, is known to mediate predator-prey relationships via increased structural complexity.

The dry period is associated with the continuous descent of water levels, which forces fish and other aquatic organisms to migrate from forests and floodplains to the main channel associated littoral habitats. Here drainage canals discharge water to the main river. Similar ecological events have also been identified in the African floodplains, the Florida Everglades and some areas of the Mississippi River.

Vegetated habitats were defined as having > 90% of coverage by large woody debris derived from riparian vegetation. Also, the speed of the current of this type of habitat is very slow (< 0.015m / s) and depth about 1 m. These systems have continuous availability of food, supply of material allochthonous, habitat for refuge from predators and reproduction. These factors are probably responsible for the higher species richness found in vegetated habitats.

41 species of fish were only collected in Morichales habitats, indicating the importance of these habitats to maintain fish diversity. In structurally complex habitats, specialist species also can exploit specific food resources to which they are morphologically or physiologically adapted to utilize. For example, in vegetated patches are found a relatively high abundance of small invertivorous cichlids such as Ram cichlid (Mikrogeophagus ramirezi) and small catfishes of the Doradidae family with different body shapes and feeding habits. Although were not evaluated it was apparent that vegetated patches contained a high abundance of shrimps and other macroinvertebrates.

In Flooded savannas some debris typical of Morichales habitat and surrounding riparian forest are hold back by plants. Water is clear, and less acidic, due to the high rainwater seasonal precipitation. Although the low nutrient content of water, its moderate water replacement allow even to high demanding plants to grow (such as Eichornia azurea, Eichornia diversifolia and Ludwigia inclinata).

In this area is also possible to find together Morichales and other habitats fishes, like some Hemmigrammus species (actually under the Petitella genus) and many rams (Mikrogeophagus ramirezi), moving to floodplains during wet season. Ram’s habitat is quite variable, due to its extension. Rams are normally found in deep water not more than 60cm, normally about 30cm, in areas with no shade.

The habitat present both free swimming and fully covered areas by vegetation that shield from the current and provide shelter. It is precisely within these depths (30-60cm) typical of floodplain shallows during the wet season that can be found large populations of red plants such as Ludwigia inclinata that after reached the surface of the water they develop as floatings and completing their life cyrcle with flowers and seeds. Here an hairgrass lawn (Eleocharis sp.) is a common plant coverage of the sandy bottom.

In this natural habitat the Rams spend their time feeding on the organisms found in organic sediments and showing their territoriality by contracting the fins and expelling other Rams or other fish from their territory. In some occasion the male could show aggressive behavior aganist the partner female too, in order to force her to spawn.

Venezuela’s environments are affected by several major ecological threats: deforestation, hydroelectric dams, dredging of major rivers for navigation, pollution and overfishing. However, the main threats encountered in the state of Apuré are: widespread deforestation / fire for agricultural purposes and water pollution.

Satellite imaging studies have shown that Venezuela is one of the South American countries to have suffered the greatest forest losses. Deforestation in Andean Piedmont causes erosion and silting up of streams and rivers. Riparian forests provide shade and reduce the water temperature in the lowlands. For this reason, deforestation has the side effect of increasing the water temperature and this helps to lower dissolved oxygen levels and accelerate fish deaths from hypoxia.

Deforestation, by drastically reducing the amount of water in rivers during the dry season, directly affects the migratory cycle of many fish and concentrates the toxic effects of agriculture (in western llanos this is mainly due to the processing of sugar cane): normally, adult fish from dry season shelters move to seasonally flooded swamps to spawn during the rainy season. Therefore, the induction of severe hypoxia both by water heating and water pollution during the dry season has the potential to completely eradicate entire populations from river basins.

Heiko Blessin: The biotope information is the best of all entries. Really good! Only O2 value is missing. In most areas in Venezuela you will have about 8 mg/l. Only in very muddy areas the oxygen level decreases to 6 mg/l. 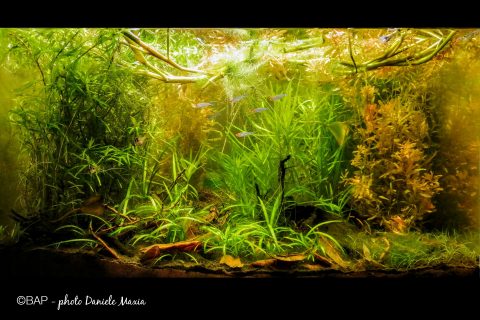 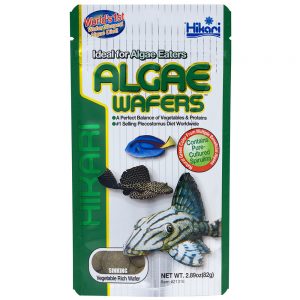 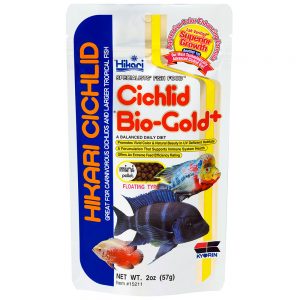 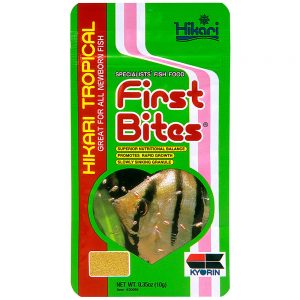 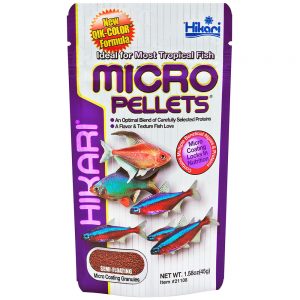 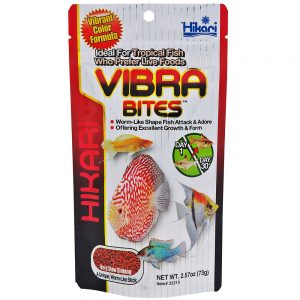 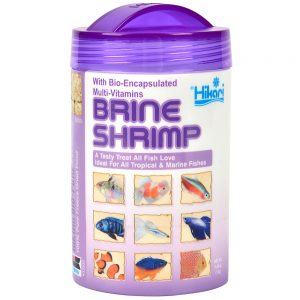 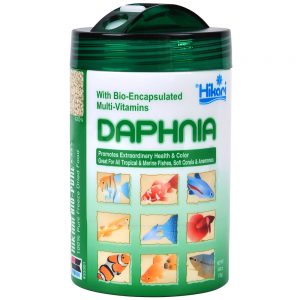 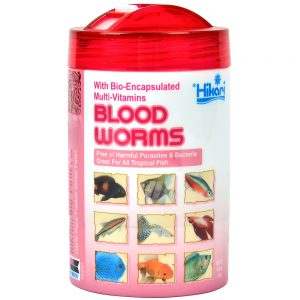 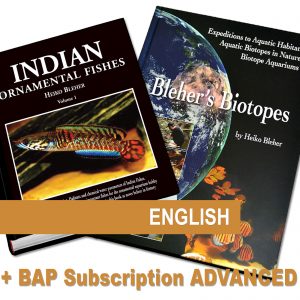 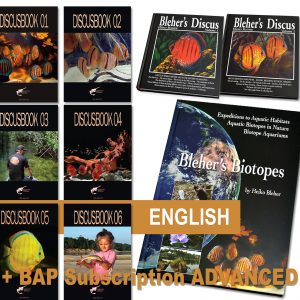 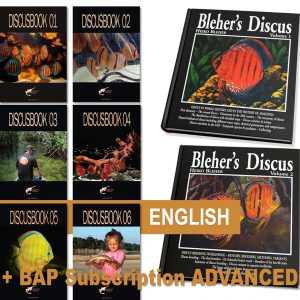 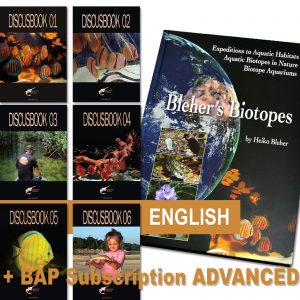 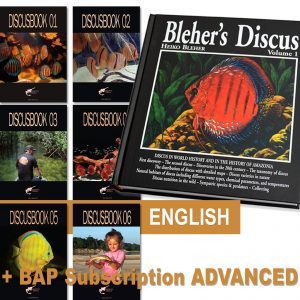 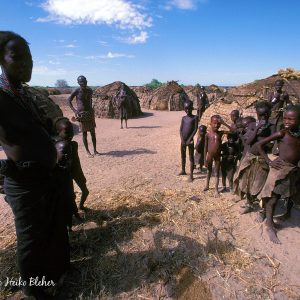 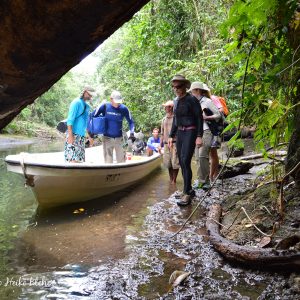 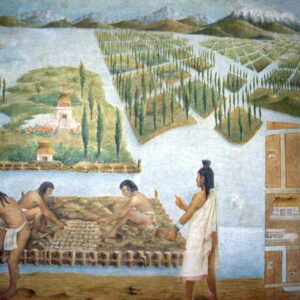 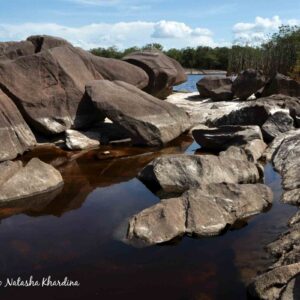 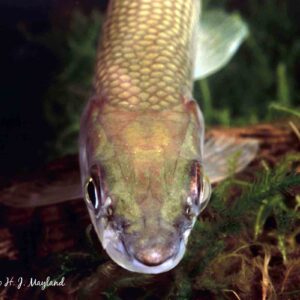 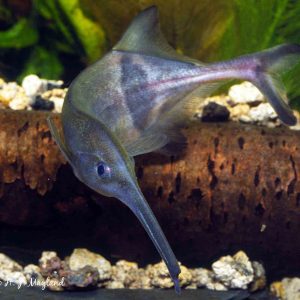 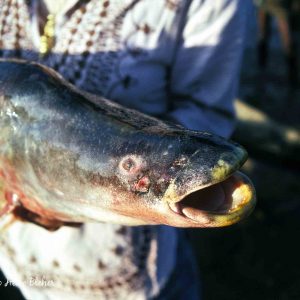 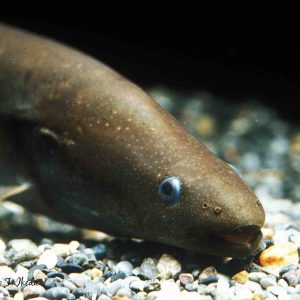 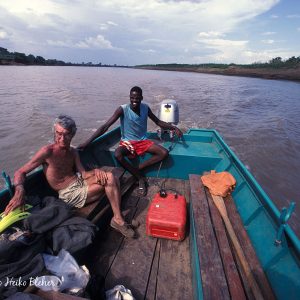